It was a 6th century philosopher, Heraclitus, who provided an insight as true today as in his ancient times:

“You can’t step into the same river twice,

for other waters are continually flowing on.”

While pointing to a deep universal principle of how nature works, the difference for us here in the 21st century is that the flow of time is moving at speeds never before experienced in human evolution.

The intention of this website is to shed light on three potential shifts in consciousness which reflect the sped-up, digitalized, globally-networked currents generating the current zeitgeist and which have the potential to bring forth the Next Renaissance.

The Shift from the left hemisphere of our brain to the right;

The Shift from the printed page to the digital screen;

The Shift from individual intelligence to Collaborative Intelligence.

(Note:  By “shift” I don’t mean leaving behind the important function of the left hemisphere of our brain, the importance of printed books or the relevance of individual intelligence.  But information will be offered on this web site showing that unless we shift more emphasis from  of a conscious emphasis to the right hemisphere, learn to maximize the expansive, creative potential of the digital screen and recognize the need for collaborative intelligence, the chances of bringing about the Next Renaissance become much less probable.

These three shifts in consciousness are so closely inter-connected that while we will look at them individually, it is what we can recognize from the combination of all three that will determine what new, breakthrough patterns emerge. 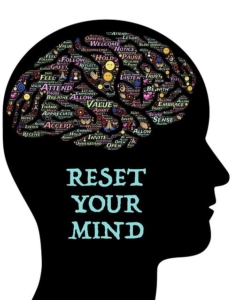 Welcome to the Right Hemisphere of the Human Brain

This is not an accurate picture.  Both hemispheres are capable of logic and creativity. The key distinction is best described in depth, backed by extensive research and philosophical insight by Dr. Iain McGilchrist

in his book, “The Master and his Emissary:  The Divided Brain and the Making of the Western World.”

However, with the aid of modern neurological research, we now know that the two hemispheres of our brain perceive and experience the world in essentially different ways.

My thesis is that for us as human beings there are two fundamentally opposed realities, two different modes of experience; that each is of ultimate importance in bringing about the recognizably human world…It follows that the hemispheres need to cooperate, but I believe they are in fact involved in a sort of power struggle, and this explains many aspects of Western culture.”

The left seeks understanding by breaking the world down into parts and analyzing how they fit together; the right sees the world more holistically, seeking deeper, more integrative patterns by exploring the unknown.  The left hemisphere, brilliant at creating technology and thinking rationally, cannot tolerate uncertainty.  It needs strict boundaries.  The right hemisphere is wired for imagination, context  and seeking a bigger picture of who we are and what we’re doing here.

The left hemisphere “grasps” for knowledge and gets frustrated with anything ambiguous or not fitting into its model of the world.  The right hemisphere is more empathic, seeing beyond its own limitations and open to  up new ways of looking at and understanding the deeper patterns of change.

The left hemisphere can brilliantly focus on and analyze individual trees, but can’t see the forest.

“The left hemisphere’s version of reality works well at the local level, the everyday on which we are focused by habit…but it ‘frays at the edges’ once one pans out to get the bigger picture of reality.”

The right hemisphere is physically larger and better wired for compassion and “the importance of an open, patient attention to the world, as opposed to a willful, grasping attention.”

Iain’s key insight is that the dominance of left-hemisphere thinking over the past 500 or so years, while developing ingenious tools and technologies, has created modern cultures which lack empathy for deeper meaning and are obsessed with rigid certainties and a mechanistic view of what it means to be human.

Connecting to the last Renaissance

While the causes involved in the creation of any renaissance period are complex, they are always accompanied by a seismic, systematic breakdown.  In the case of the Italian Renaissance, the new, enlightened “humanist” philosophy was in large part a reaction to the devastation of the Black Plague which was well on its way to wiping out about 1/3 of the entire population of Europe.  The plague broke down societies and at the same time inspired one of the greatest flourishing of philosophy, art and science in human history.  (Here’s a link to a  fine article describing this.)

As devastating as COVID-19 has been, it has nowhere near the power to kill off 1/3 of modern civilization.  But climate change could if we don’t meet its challenge as evidenced in a well written recent article.

The author, Roy Scranton, is the director of the Notre Dame Environmental Humanities Initiative and a former soldier serving in Iraq.  While noting the systematic breakdown in Iraq society as a consequence of extended war and the even larger systematic breakdown of our environment taking place, Roy writes that

The depth of this most important insight, that systems breaking down are often wake up calls for initiating significant changes in perception and thought, was captured beautifully by one of the greatest poets of the modern age, Leonard Cohen:

“There is a crack in everything

That’s how the light gets in”

The need to look for the light during the darkest times was also powerfully communicated one of the foremost dream experts Dr. Jeremy Taylor (who was a guest on my radio program over 40 times).  Jeremy frequently reminded us:

“Death” in the dream world is the single most frequent archetypal image of growth and development that the unconscious has to offer. (Dreams do depict psycho-spiritual growth and change in other ways, but death is by far the most common and universal.) Therefore, if I dream that I am being pursued by dream characters who are out to get me, it is usually a symbolic representation of fleeing from insistent interior promptings, telling me that it is time to grow and change and let go of some cherished notion about who I am.”

The urge fomented by witnessing the total breakdown of society from the 14th century Black Plague, along with the breakdown of the Catholic Church’s total grip on what could be said and thought, encouraged the retrieval of ancient Greek wisdom from writings which had been buried in monasteries during the Dark Middle Ages. The influence of this rediscovered wisdom began as one historian put it, “to recalibrate thinking when recirculated during the Renaissance.” (for a great read about this, check out “The Swerve:  How the World Became Modern.”

It is this same urge to “recalibrate thinking” that is now emerging, and which on this website and in the essays of this section will be viewed through the lens of the three shifts in consciousness noted at the beginning of this essay:

The Shift from the printed page to the digital screen

The Shift from individual intelligence to Collaborative Intelligence 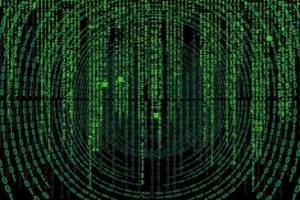 The biggest difference between the cultural environment of the 14th-16th Century Renaissance and now is the difference between the slow spread of information by labor intensive copying of handwritten scrolls (the invention of the printing press did not come until the later Renaissance in Northern Europe) compared to the instantaneous global communications network of the AI-driven world wide web.

What took years to retrieve the deepest ancient wisdom and share the totally new insights from science, art and philosophy back then can now take only minutes on the world wide web (the roots of the Perennial Philosophy just a computer keystroke away).

This is creating both paralyzing cognitive dissonance from information overload AND the potential for an explosive growth in insight and a synaptic leap in evolutionary thought.

Expanding computer intelligence has linked us all to a global network offering the unprecedented potential for collaborative human intelligence, creativity & transformation. At the same time the speed-up and 24/7 flood of communication are generating feedback loops filled with volatility, uncertainty and anxiety.

How do we keep our wits about us during the increased turbulence we feel coming our way every day so that we can detect the new, paradigm-shifting patterns emerging from underneath the turbulence of the 24/7 news cycle?

Are we headed towards the Next Renaissance?

Or towards Mass Anxiety?

One of the keys will be our ability to adapt the insight of the provocative media philosopher Marshall McLuhan:

“There is absolutely no inevitability as long as there is a willingness to contemplate what is happening.”